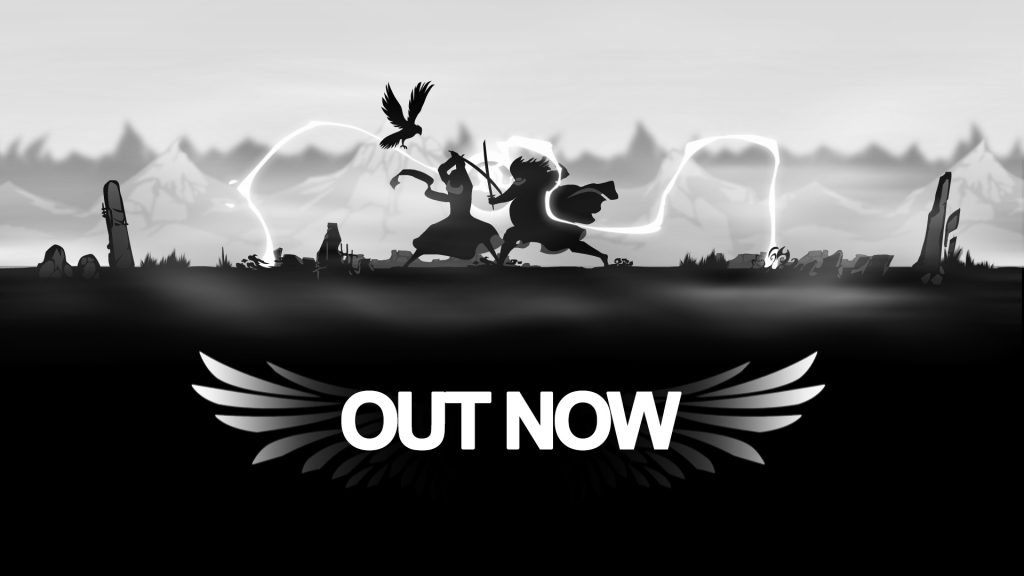 June 1st, 2017 – I’m excited to announce that Armed with Wings: Rearmed version 1.0 is now available on Steam! The stylish, black and white platformer exits early access after 2 years of beta. As the sole developer of Armed with Wings, I’m incredibly satisfied to have served players continually through early access.

A very special thanks to all the players and community members for contributing incredible feedback. Without question, these players have directly influenced the outcome of this game for the better.

What’s new in the full release:

Many players have experienced Armed with Wings: Rearmed in one form or another. Whether from Steam or at PAX, online or offline, none have experienced the new features/surprises I’ve prepared for launch:

Steam users will be pleased to know that Trading Cards, Badges, Emoticons and Profile Backgrounds are available to unlock through Steam. A frequent request, my apologies for the many delays.

Armed with Wings is coming to consoles:

Nnooo Publishing has partnered with Sun-Studios to bring Rearmed to both PlayStation 4 and Xbox One: see official Nnooo Press Release here.

Armed with Wings: Rearmed will remain at the same early access price point of $7.99 for June. The price will raise to $9.99 in mid July to better reflect the added value early access updates. Get the game this week at a 15% launch discount, $6.79!